Everyone needs a hug sometime.

“Just close your eyes.” He said. I looked at him skeptically for a few moments before complying. I didn’t move, but I almost jumped when I felt him take my hand in his own. When he spoke again, his voice was very close to my ear. “Move with me.”

I walked, listening to Gaara’s instructions and following him as best I could. When he told me to stop, he reinforced his words with an arm wrapped around my waist. I felt him pull me back against his chest, his lips close to my ear and his breath across my neck. I shivered again. “Open your eyes.”

I did as I was told.

I couldn’t breathe for a few moments as I stared out over the ocean from the edge of the cliff. The waves didn’t reach us up here, but that didn’t mean they didn’t try. Crawling their way up the jagged rock, crashing in an eruption of white that seemed strong enough to move the cliff that we were standing on. In the distance I could see nothing but water, the color changing from green to blue to gray to black. It took all I had to wonder how deep the ocean was, how far the under-water drop-offs plunged into the earth. It was raging here, more temperamental than at the calmer beach down the road and I knew it had something to do with the weather, a storm maybe. Even with Gaara’s arm wrapped firmly around my waist and me clinging to that limb with my hands in a grip he would have to pry off, I could feel the tug of the wind, beckoning me to join in with the water and wash over the rocks under me. And the power it seemed to have almost took me. I could do nothing but stare. I had no thoughts and no feeling. But oddly enough, I wanted to cry. I could feel the tears pricking at my lids.

It was the same feeling I’d had before I’d passed out last Thursday. I felt so very calm and at peace, but oh-so very endangered. This was solid, yet it slipped through my fingers every time the waves moved out and away. It was emotional and indifferent. It had no feeling, but could invoke such a sense of self that I almost didn’t believe it wasn’t alive. It had to be alive.

“It’s beautiful, isn’t it?” I heard Gaara’s voice say over the sound of the waves and wind. I could do nothing but nod and I leaned back against him when it was too much to hold myself up. He didn’t say anything and didn’t push me away.

I was vaguely aware of his lips against the back of my neck, his teeth nipping at the skin before soothing it with his tongue. I did, however, notice when his arm moved and his hands gripped my sides, slipping up under my shirt to touch my skin with his cold fingers.

“Gaara…” I said trying to pull away, but unable to because we were so close to the edge of the cliff. “Gaara please…”

“Do you know how far of a drop that is, Sasuke?” Gaara whispered, stopping my struggling, “fifty feet, meaning the equivalent of a six story building, Sasuke.”

I swallowed hard against the lump forming in my throat. My heart pounded in my chest and I unconsciously moved further into the firm chest against my back.

“They say certain feelings are heightened when you’re afraid for your life…” he said, his voice husky and his breath hot on my cheek. He ran his tongue along the shell of my ear and I shuddered at the feeling, butterflies forming in my stomach. “Your heart races and your breathing quickens, you can’t seem to get enough oxygen and your blood pounds through your veins, against your fingertips and your skull.”

I turned slightly looking at his eyes, their intensity back. He moved closer, our lips almost touching and I could almost taste him he was so close. I waited for him to move closer, waited for him to take what he wanted, because I knew he wanted it. And I would be as submissive as I always was.

“Will he ever be allowed to live peacefully?” asked Suigetsu, drowning some water before throwing the bottle against the window.

He paced the room, another bottle between his lips. He wasn’t looking at Karin, more like talking to himself but letting her know what was bothering him.

“He has yet another vengeance! I know as a ninja he’s doomed to lose precious people, but we’re not even at war! It wasn’t a dangerous mission either. It’s just some assholes that wants his head, the same one that destroyed his life. It’s fucking unfair! Do you even imagine what it cost him to come back here? In a village that betrayed him like they did? He even had to suspend his revenge on Madara for that… and that’s what he meets… was it worth it?”

He felt the teen twitch just before he tried to yank his wrist free. Kisame didn’t let go, Sasuke turning to him with spinning Sharingans. It took less than a second for the water-nin to drop his gaze, avoiding any attack that could come… but that small moment of inattention was all the time Sasuke needed. He kicked Kisame’s chopsticks from the table, grabbing them with his free hand and before he could react he was attacking with them.

They stabbed him straight in the heart only his reflexes, as he grabbed Sasuke’s hands with his own, saved his life a small trail of blood running on his fishnet shirt where the chopsticks had dug a few millimeters in. Damn brat.

The kid was good. He was used to the silent man, the one in the shadows, lurking power never on the front. This was a different side, a feline showing teeth and claws to protect what was his. Sasuke would be an splendid ally for a future Hokage, once trained in this world’s wheels. Good thing he was Naruto’s lover. The next Hokage would always have a good right arm, and Naruto was the only one who would have Sasuke’s unbounded fidelity.

There weren’t many things that Naruto didn’t like, but when he disliked something the feeling was so strong you could say it was hate.

Naruto disliked Itachi. He was the one stealing Sasuke from him. Even when he wasn’t there physically, he was still in Sasuke’s thoughts. Since his last meeting with him, Naruto was a little worried. Sasuke, even if he was dying, should have felt his presence. He had never mentioned it and he wasn’t going to. He didn’t know if he was good enough for Sasuke. He knew Sasuke would die for him, not live for him. Maybe that was enough? Maybe expecting too much was the bad thing.

They finally settled for the night, using the same camp, and taking turns for watch. Itoko took the first one and wondered why they made her since it was obvious they weren’t going to sleep just yet.

Karin was kicking away Naruto’s sleeping bag, wanting to take the spot next to Sasuke. That made her and the blonde bicker until they decided to sleep at each side of the raven, which left Sasuke a little cramped. The Uchiha decided to be the mature one and let that go but Sasuke growled when he felt hands creeping up one arm or leg.

Ikoto chuckled behind her hand, wondering along with Sasuke how the hell he ended up stuck between two love struck morons. It was finally settled when the Uchiha chidori Nagashi them and Suigetsu, because he was laughing his ass off. Then he dragged his sleeping bag to Juugo’s side. When the three other moved in his direction, all Juugo had to do was to crack his knuckles to have them all freeze and mutter.

“This is what’s best. God wanted this.”

Naruto’s eyes turned dark and he looked away.

“God…” he muttered bitterly. “What god? If there was a god, He would NEVER allow this to happen!”

“I would give it all away to find a way to save you.”

Naruto’s eyes shot to the other, who was looking up at him, his eyes shining knowingly.

“You would never sacrifice another person to save me. You would sacrifice yourself – without question – but never another. You know that. Your heart is too big for that.”

(Life on a Deathbed)

Probably, Sasuke thought distantly, the thing that scared him most was being alone. “I-I’m sorry, Kakashi,” he half hiccupped, half sobbed.

The arms tightened. “I know,” the man murmured, and Sasuke felt him drop a kiss to the top of his head. “I’m partly to blame. I should have recognized the warning signs and tried harder to help you.”

He couldn’t get the words past his teeth, but Kakashi seemed to understand anyway. “Dumb kid,” he whispered, and in moments he was on the bed beside Sasuke dragging him fully against him and rocking back and forth.

Tomorrow, Sasuke would be back to normal and be incredibly mortified by his behavior today. But right now, he clung to his guardian and felt overwhelmed by the implications of this discovery, the worry over how Kakashi would punish him, the anger toward his brother he had to go through this at all, and fury at his own stupidity.

But mostly, he loved this man so much it hurt. I told Neji I wouldn’t have survived without him, Gaara, and Suigetsu, he remembered. In truth, only one person could take credit for saving Sasuke. For being an unwavering source of strength, comfort, and safety.

For making Sasuke believe that even now, in the face of something so terrible, everything would be all right.

Teme of the year 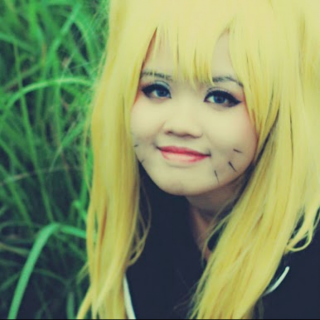